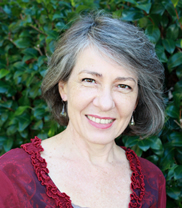 B A, Psych; M.S Guid and Couns, Johns Hopkins, USA

I am a body-based psychotherapist.  Whilst I aim to hold a safe space for a client to verbally share, explore and learn about themselves and their life, I also use several body based modalities  that facilitate enhanced self-awareness, deeper self- exploration, self-regulation and letting go of old stuck memory and feelings. I use the powerful techniques of Somatic Experiencing, EMDR, Breathwork and Hypnotherapy to bring about this deep transformation. I work with a wide variety of disorders as described below, but with adults and older teens only.

As a Somatic Experiencing (SE) practitioner, my understanding of mental health is that mind and the emotions are integrally connected with the physiology of the body.  Healing the nervous system is the basis for healing the mind.  SE was developed by Dr Peter Levine, who noted that trauma (or severe, prolonged stress) creates dysregulation in the nervous system, and an imbalanced nervous system is the basis for dysregulated emotions and behaviour, as well as many physical symptoms.  According to Dr Levine, negative emotional states such as anxiety, fear, shame and pain are not disorders, but traumatic injuries caused by fright, helplessness and loss that can be healed by engaging in our innate capacity to self-regulate high states of arousal and intense emotions.

Somatic Experiencing is a method that promotes body awareness and the release of physical tension that remains in the body as a result of trauma.  Clients are educated about the effect of trauma on the body and learn how to track the related physical sensations, feelings, thoughts and images that arise from traumatic memory in a safe, controlled and calibrated way that does not lead to overwhelm.  They learn how to regulate their nervous systems by “resourcing” themselves (grounding). Discharge of the stuck energy is facilitated through the SE process to enable the body to return to its regulated state. This facilitates a person being able to be more present in their body and the here and now.

I use various techniques according to the need and to the clients’ responsiveness. EMDR (Eye Movement De-sensitization and Reprocessing) is a tool that works hand in hand with SE. It is an 8 phase process that starts by strengthening the self by means of learning to self-regulate and empower onself. De-sensitization occurs when, after bringing up a stimulus (activating issue), the client is asked to follow the therapists fingers side to side across the eyes. This triggers the brain to process the information between the left and right hemispheres of the brain. With the therapists help the information is “re-processed”, releasing the old memories, associated feelings and sensations, and restoring balance in the body again.

Dr Levine studied wild animals and became fascinated by the fact that even though they are under constant survival threat, they are rarely traumatised.  When being threatened, an animal will fight or flee.  Adrenaline and cortisol are released to facilitate this. Once the threat is over, their instinctive nature allows their bodies to discharge the highly charged survival energy by involuntary shaking, trembling, and taking deep breaths. The discharge of the survival energy allows the nervous system to be re-set, restoring the equilibrium.  If the animal can’t fight or flee, it goes into a state of paralysis (freeze) to protect it from the pain of being devoured.

We humans have the same instinctual mechanisms as animals. For humans too, trauma occurs as a response to life threatening situations of all kinds (eg losing ones’ income, losing a spouse, getting a disease, accidents, falls, injuries, operations). The instinctive survival responses of the nervous system (fight, flight, freeze) are activated. Adrenaline and cortisol are released. If a person can’t fight or flee from a situation, they go into freeze mode; a state of immobility. In this state of overwhelm, the body instinctually numbs the sensations and feelings, (called fright paralysis) in order to cope with the pain.

Because, unlike animals, we humans have thinking minds, we have lost the innate instinct to shake off the extra survival energy. So the highly aroused nervous system is unable to calm down. It becomes dysregulated. The body continues to respond as if it is under threat.  This nervous system is characterised by increased ups and downs; with an inability to maintain an equilibrium. It either becomes over-activated, such as with anxiety, angry outbursts, racing mind, sleeplessness, hypervigilance, hyperactivity, restlessness, over-excitability, or it becomes under-activated, where the individual experiences depression, lethargy, hopelessness, helplessness, dissociation, confusion, deadness, lack of motivation, immobilisation and exhaustion.

Life goes on, but the effects remain, together with the feeling of dis-connection (dissociation) and numbness. Cut-off from their body sensations, instincts and feelings, a traumatised person finds it difficult to find their way in the world. Unable to connect to themselves fully in the present moment, their minds are in the future, or on the past and, as a result find it difficult to be fully present in the here and now. This naturally interferes with the capacity to relate to others.